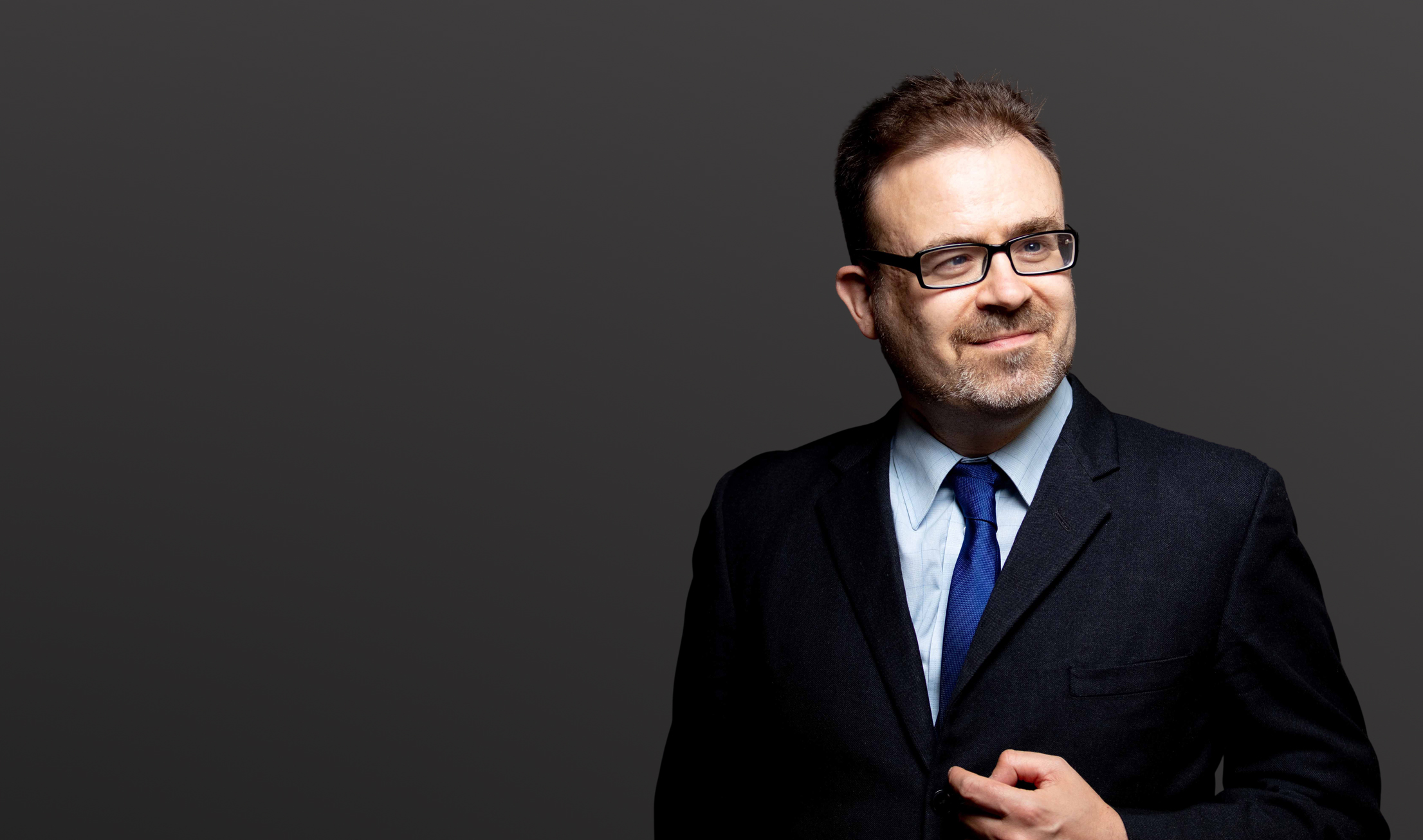 According to the 2011 census, around 1 million households in Britain contain nobody who speaks English.  Dealing with witnesses who cannot speak fluent English      has already posed considerable challenges for representatives in civil proceedings, in particular since the Civil Procedure Rules were amended in April 2020 to alter substantially the rules applying to their evidence.  But what if these rules apply not only to those whose English is not good enough to give evidence in English, but to everyone whose first language is not English ?  This is the scenario posed by the decision in Muhammad v Liverpool Victoria Insurance Company Limited (unreported, Manchester County Court, HHJ Evans, 1st April 2022), where I represented the defendant.

As amended, practice direction 32 to the CPR sets out the following requirements for a witness when issues of language arise:

Para 18.1 - The witness statement must, if practicable, be in the intended witness’s own words and must in any event be drafted in their own language, the statement should be expressed in the first person and should also state….

(5) the process by which it has been prepared, for example, face-to- face, over the telephone, and/or through an interpreter.

Para 20.1 - A witness statement is the equivalent of the oral evidence which that witness would, if called, give in evidence; it must include a statement by the intended witness in their own language that they believe the facts in it are true.

Para 23.2 Where a witness statement is in a foreign language—

(a) the party wishing to rely on it must—

(i) have it translated; and

(ii) file the foreign language witness statement with the court; and

(b) the translator must sign the original statement and must certify that the translation is accurate.

The facts of the case

In Muhammad, the claimant sought damages for whiplash-type injuries arising from a road traffic accident.  The defendant put him to proof of causation generally in respect of these injuries, but also pleaded in its defence, in the fashion suggested in Howlett v Davies [2017] EWCA Civ 1696, a number of inconsistencies in the claimant’s evidence about his injuries and their consequences.  Directions were complied with, including service of an English-language witness statement by the claimant, and the matter proceeded to trial.

In rejecting the claimant’s request, and excluding the Claimant’s statement pursuant to her discretion in PD 32, para 25.1, the judge noted the inconsistencies in the claimant’s evidence as raised by the defendant (though it is fair to say that she did not, in her judgment, place any further emphasis on the nature of, or the issues in, the case).  She noted that the rules had changed in relation to evidence from non-native English speakers because of the fundamental importance of a witness statement being truly the witness’ own document.  She described it as a cornerstone of how civil trials and civil justice work that everyone should be entitled to assume that a person’s witness statement is the  exact evidence that they would wish to give, having available to them all of the vocabulary in their possession, with every nuance expressed exactly how they chose to express it.  In the judge’s view, this does not happen if the statement is prepared in a language other than the witness’ own language.  She commented that, even for someone who speaks good English on a day to day basis, this is not the same as expressing oneself in one’s own language.  She noted that a person can be committed to prison for a false statement made in a witness statement, something she described as an important safeguard for everyone involved in civil justice, and a safeguard which was significantly undermined in cases where a witness can say that they did not understand a statement not made in their own language.

HHJ Evans acknowledged that, if she refused permission to the claimant to rely on his statement, he would have no evidence on which he could rely, his case would necessarily fail, and he would be left to a negligence action against his own solicitors, with all its potential disadvantages.  However, even taking all that into account, the balance seemed to her to be firmly in favour of excluding the claimant’s statement.  She stressed that a feature of the overriding objective was compliance with rules, directions and orders, that her experience (and that of her colleagues in Manchester) was that  trials were heard day in, day out where solicitors had failed to comply with PD 32, and it was hard to see what else could be done to secure compliance, except to impose sanctions.

In the alternative, the claimant had asked for an adjournment to correct the defects in his statement.  However, HHJ Evans refused this as well, noting the additional costs which would be incurred if she granted at this, the additional demands on court time (particularly scarce as it is thanks to Covid 19), and that the defendant had attended trial ready to proceed (and, ironically, had complied fully with PD 32 in respect of translation etc of its own witness’ statement).  Accordingly, the judge excluded the claimant’s witness evidence and dismissed his claim, awarding costs against him and making a show cause order against his solicitors.

The implications of the decision

What are the likely effects of the decision in Muhammad ?

First of all, it should be remembered that it was a county court decision at first instance, and of persuasive authority only (although HHJ Evans’ comments suggested that it is likely to represent at least a widely held view of the proper approach to the rules in one major county court centre).

Secondly, HHJ Evans’ view that a witness’ “own” language, for the purposes of PD 32, para 18.1 and 20.1, is (in essence) the witness’ first or native language, is not necessarily the only interpretation of those provisions.  There is at least a possibility that a different judge could find that a witness’ knowledge (and everyday use) of English could prove sufficient for it to be their “own” language, even if it is not the first language that witness learned to speak.

Thirdly, when discussing the terms of her order, HHJ Evans emphasised that she was exercising the discretion granted by PD 32, para 25.1 to exclude witness evidence which did not comply with the rules.  This provision requires a judge to make a positive decision (albeit a discretionary one) to exclude evidence, rather than to admit it.  This raises the question whether a different judge might exercise this discretion differently, and might in particular decline to exclude evidence from a non-native English speaker whose English is thought sufficient to give evidence in English without impediment.

If, however, other judges take a similar approach in these situations to HHJ Evans, it seems unlikely that the evidence of a witness whose first language is not English will be admitted, no matter how competent in English they are.  The judge did not question the assertions made about his ability to speak English, but the reasons which she gave for excluding his evidence suggest that the policy which lies behind the contents of PD 32 would require non-compliant witness evidence to be excluded where there is even a possibility that issues may arise about a witness’ comprehension of their own statement for reasons of language.

In any event, if any different approach were taken, judges would be placed in the difficult position of either having to accept a representative’s view about their witness’ ability to give evidence in English (which, experience suggests, can be unduly optimistic), or of somehow trying to ascertain a witness’ competence in English before they give evidence.  The approach taken in Muhammad has the advantage of predictability and certainty, when compared to the alternatives, and a least eliminates the tendency some have to gamble with their witness’ linguistic abilities prior to trial.

Practically speaking, the decision in Muhammad creates a substantial burden for anyone relying on witness evidence from someone whose first language is not English, and (perhaps) a substantial opportunity for their opponents.

Solicitors in the first category will have to consider from the outset (bearing in mind that the logic of the decision in Muhammad also applies to statements of case, and any other documents which a client must or may sign) whether their clients are in fact native English speakers.  This is an exercise which may itself be fraught with difficulty.

However, this difficulty pales into insignificance next to the obligations which will arise with every witness, whose first language is not English, to employ a translator to help take a witness statement from any witness whose first language is not English; employ a translator to translate the original witness statement into English; and (as it is difficult to see how the reasons HHJ Evans set out for requiring a witness statement to be taken in a party’s first language would not apply at least as strongly to the witness’ oral evidence) employ a translator at trial.  The financial implications of this may be considerable, particularly in fast track personal injury proceedings, because the fixed costs regime set out in section IIIA of part 45 does not provide specifically for interpreter’s fees, and because linguistic ability was described (obiter) as a “characteristic of the claimant regardless of the dispute”, rather than a “feature of the dispute” permitting the recovery of disbursements incurred as a result of it (pursuant to CPR 45.29I(2)(h)), in Aldred v Cham [2019] EWCA Civ 1780.  As Mr Muhammad’s barrister wryly observed during the trial, it is not hard to see a greater proportion of costs recovered in such a case going to the interpreter, than to everyone else put together.

Solicitors in the latter category may find themselves in the fortunate position of being able to knock out an opponent’s case - or at least, crucial evidence the opponent may rely on - but it may be sensible not to rely too heavily on this possibility.  A judge may not be sympathetic to the overtly tactical behaviour of a party which waits until trial before raising issues about the linguistic competence of another party’s witness, if it is felt that the issue could and should have been raised before.  Even if HHJ Evans’ approach to PD 32, para 25.1 were to be taken, this does not mean a different approach would not be taken to the question of granting an adjournment, leaving the “innocent” party with (at best) an order for the costs thrown away.    A party who suspects that linguistic issues arise with an opponent’s witness may be best-advised to raise these at the appropriate stage in proceedings, in particular after exchange of witness statements, rather than placing all their hopes on a successful ambush at trial.