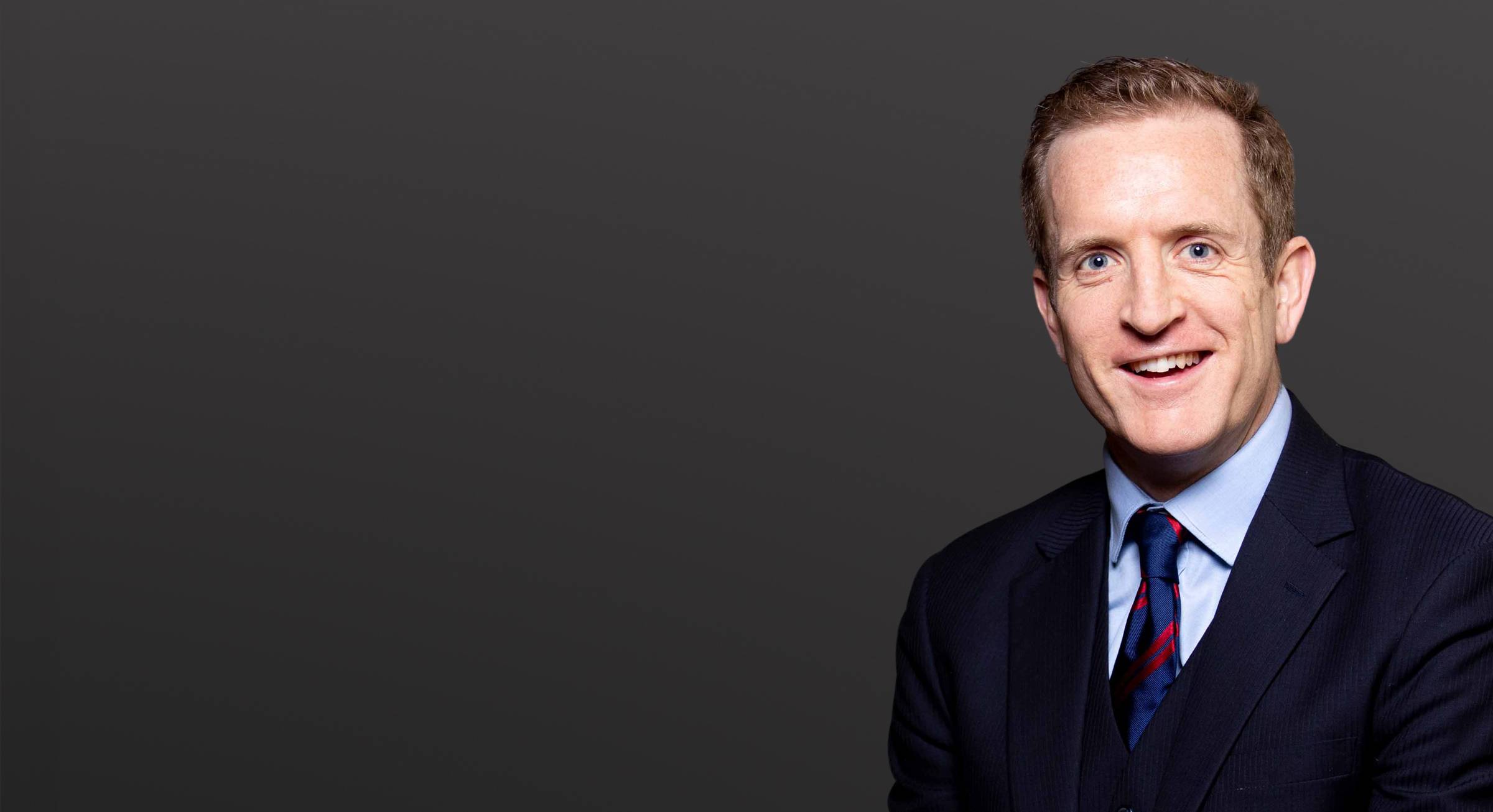 “Unjust in all the Circumstances”

Robin Vos sitting as a Deputy Judge of the High Court handed down Judgment in London Trocadero (2015) LLP v Picturehouse Cinemas Limited and Others [2021] Costs LR 169 which considered issues surrounding service of Part 36 Offers during the Covid 19 Pandemic; whether or not an offer could be considered a genuine attempt to settle the matter; and whether or not it would be unjust in all the circumstances to apply the consequence of Part 36.17.

The Claimant had brought a claim for rent arrears and believed that the Defendants were solvent but had been withholding rent during the Cocvid-19 pandemic in order to ensure that they retained their liquidity.

The Claimant had served their Part 36 Offer on the Third Defendant on the 15th December 2020 by email.  In doing so, they have failed to meet the requirements under CPR Part 6, namely the requirements at paragraph 4 of Practice Direction 6A; by failing to verify that the Defendant’s Solicitors were willing to accept service by email.

The offeror argued that CPR Rule 3.10 applied, granting general power to the Court to rectify matters where there has been an error of procedure,

(a) The error does not invalidate any step taken in the proceedings unless the Court also orders; and

(b) The Court may make an Order to remedy the error.”

“…given that the purpose of service of documents subsequent to proceedings had been validly commenced is essentially limited to bringing their contents to the attention of the other party as a procedural step, there is in my view every reason to give CPR 3.10 a vide wide application so as to the capable of application where that purpose has been fulfilled.”

The offeree submitted that the matter was more nuanced, the true issue was that proper service of the Part 36 Offer would allow the Court to determine from which date the relevant period applied from and until which date it expired.  These were central concerns with the application of the Part 36 procedure.  It could only be valid on the date it was properly served and if it was improperly served, it could therefore not be a valid offer.

The Judge held that this alone would not preclude the application of CPR 3.10 and in particular in this instance the error of procedure was the failure to comply with paragraph 4 of the Practice Direction 6A, namely failing to verify that the Defendant’s Solicitors were willing to accept service by email.  If this error were rectified, the correct date of service could be properly considered.

In the specific case, there was no suggestion that there had been any prejudice to the Third Defendant by the Part 36 Offer having been sent by email rather than having been served in some other way, for example, by post and it was clear that the offeree’s Solicitors had received the offer when it was sent by email.  No complaint had been made regarding the method of service until shortly before the hearing.

Although in the circumstances of the index case, it may have been unnecessary to have done so, the Judge made an Order under CPR Rule 3.10B and/or CPR Rule 6.28 that the Part 36 Offer was to be treated as having been validly served on the date it was emailed to the offeree.

It should be noted that the consequences of beating the Part 36 Offer are outlined at CPR 36.17(4).  The Claimant will be entitled to:

b) Interest at up to 10% above base rate on the amount of money awarded (excluding interest) from the expiry of the “relevant period”;

c) Indemnity costs from the end of the relevant period;

d) Interest on those costs at a rate no exceeding 10% above base rate; and

The Court must make those orders in favour of the Claimant unless the Court considers it unjust to do so.  When considering whether it will be unjust to do so: under CPR 36.17(5) the Court is required to take into account all of the circumstances of the case including:

g) The stage in the proceedings when the offer was made;

h) The information available to the parties at the time the offer was made;

i) The conduct of the parties in respect of the provision of information enabling the offer to be evaluated; and

j) Whether the offer was a genuine attempt to settle the proceedings.

The offeree submitted that the offer was not a genuine attempt to settle the proceedings as the concession made in relation to the offer was foregoing only the minimal amount of interest which had accrued on the unpaid rent and the offer was made a day before the third lockdown which came into effect on 16th December 2020. Therefore, it was made against a background where many landlords were agreeing concessions such as the waiver or deferral of rent.

The Judge held that:

l) Whilst the Claimant did consider that the Defendants did not have a realistic defence to the claim, which was reflected in the very small concession made in the Part 36 Offer, nonetheless, there was a concession.

m) It could not therefore be said, objectively, that no Defendant would accept the offer bearing in mind the surrounding circumstances.

Therefore, on the basis that the Part 36 Offer was a genuine offer to settle, there were no grounds to find that it was unjust to make the Order which the Claimant sought.

However, the Judge then went on to consider whether or not there were any other reasons why it may be unjust to make any or all of the Orders in relation to the Part 36 Offer which the Claimant sought.

The offeree submitted that it would be unjust to make the relevant orders because:

n) The Claimant was entitled to indemnity costs under the term of the leases in any event;

o) The Claimant has failed to follow the Government’s code of practice encouraging landlords to offer concessions where tenants were unable to pay their rent as a result of the Covid-19 pandemic restrictions;

p) The pandemic itself was not the Defendant’s fault;

q) The proposed binding arbitration scheme had subsequently been announced by the Government which may have allowed tenants to have obtained the concessions in relation to rent and it would therefore be unjust for the Third Defendant to have suffered the full consequences of the failure to accept the Part 36 Offer in circumstances where this consequential consideration had occurred;

“Given the wholly exceptional circumstances created by the Covid pandemic which is itself recognised by the introduction of the binding arbitration scheme relating to rent arrears, it would in my view be unjust to apply the full rule of CPR Rule 36.17 in this case.  I appreciate that in reaching the conclusion I have I am taking into account events which have occurred after the date when the Part 36 Offer was made.  However, although the specific factors listed in CPR Rule 36.17(5) all relate in one way or another to the Part 36 Offer itself, it is clear that the Court should take into account all of the circumstances of the case.  There is no restriction on taking into account matters which occur after the offer has been made.  In my view a further relevant factor to take into account is the defective service of the Part 36 Offer…”

Further, the Judge held that there were two preliminary points that were required to be dealt with:

s) First, whether the consequences set out in CPR Rule 36.7 should apply to the entire sum awarded to the Claimant as a result of the judgment and for the entirety of those costs or whether such consequences should only apply to that part of the claim to which the Part 36 Offer related.

t) Second, whether the additional amount of up to £75,000 on Rule 36.17(4)(d) was an “all or nothing” provision or whether or not a Court could award some lesser amount should it consider it unjust to award the full 10%.

v) However, the Judge went on to give a provisional view whereby he opined that the

“Court does have power to order that the Defendant pay a lesser amount rather than the Court only having a choice between awarding the full amount or nothing at all.  Where questions of justice arise, it would be surprising if it were not open to the Court to take a view as to the extent of any injustice and to make an Order accordingly.”

The Judgement raises an interesting interpretation of the terminology “all the circumstances of the case” applying to it a retrospective analysis.  When applying such a retrospective analysis, there seems to be a conflict between CPR 36(5)(b) which required the Court to consider the stage of proceedings when the Part 36 Offer was made; such offers can only be made appropriately with consideration of the issues known to the offeror at the time the offer was made and arguably not based upon some future imponderable concern.

The above approach is reflected in the terminology at CPR 36.17(5)(c) which requires the Court to take into account all of the circumstances of the case including the information available to the parties at the time when the Part 36 Offer was made.  Again, at first glance the straightforward interpretation of these two elements of the rule sit uncomfortably with granting the Court the ability to retrospectively interpret the circumstances of the case when considering the applicability of the costs consequences following judgment.