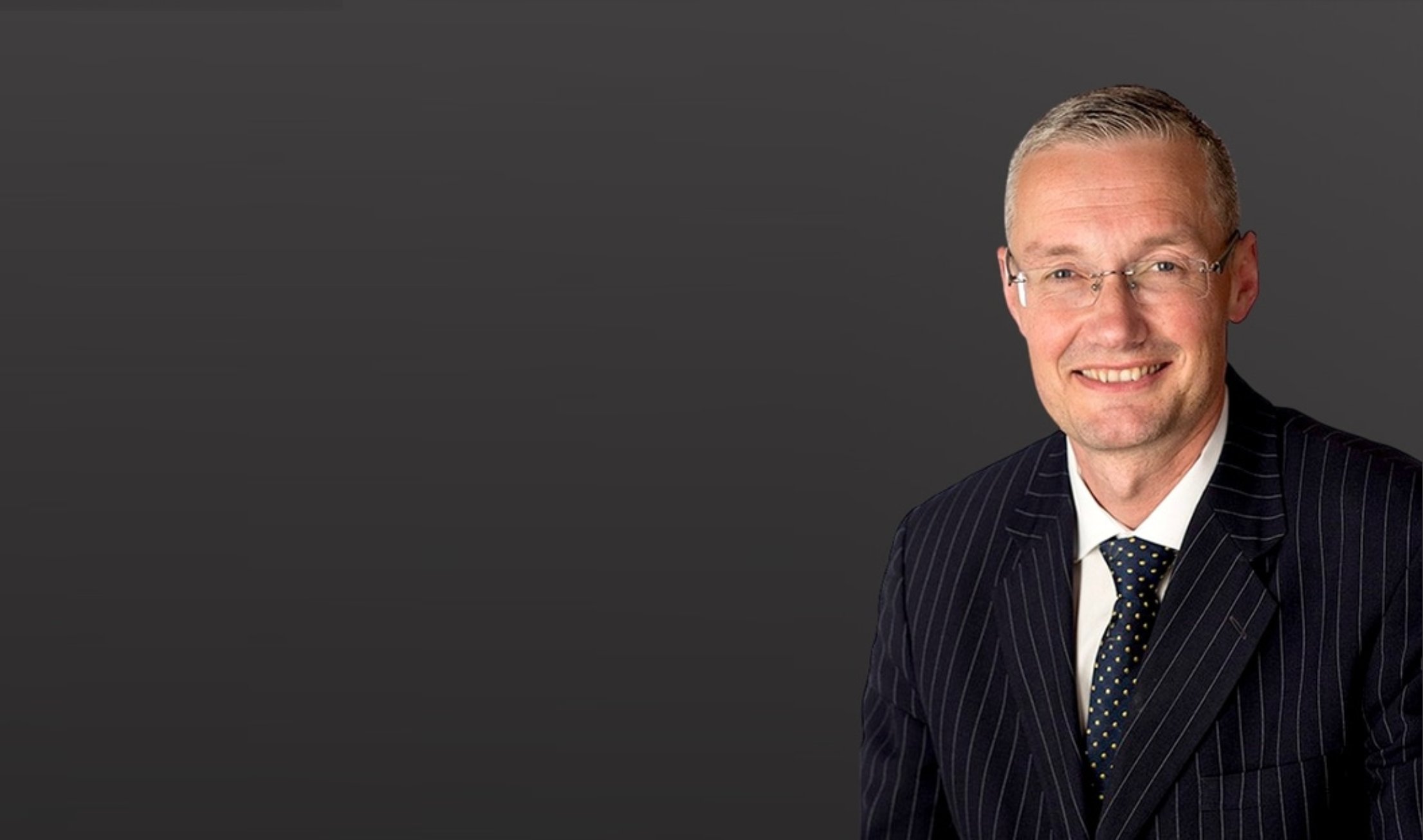 In the central London county court between

1. The Claimant’s wife had been out driving his vehicle, and had parked it in a residential area. The First Defendant’s vehicle had been parked, but an inadequately secured handbrake permitted it to roll forward approximately 18 inches into contact with the rear of the Claimant’s vehicle.

2. The Claimant himself asserted that the vehicle was damaged, and that he had the repairs completed at his employer, the repairing garage. The Claimant hired a vehicle and claimed credit hire of £9,747, vehicle pre-accident value of £2,394, and recovery and storage of £1,294.

3. The Claimant’s claim was supported by engineering evidence from Evans Harding Engineers (CG) Limited, and apparently endorsed with a Statement of Truth signed by Mr. Simon Levitt.

4. This engineering report listed purported damage to the vehicle ascertained after a physical inspection, the report also stating that the vehicle was undriveable and an economic write-off.

5. The First Defendant obtained permission to call Mr. Levitt, as its driver disputed that there was any damage to the Claimant’s vehicle, or at most a small scuff mark on the bumper.

6. The Claimant was found by the trial judge to be dishonest, and his evidence that repairs had been carried out after the accident was not accepted.

7. The Claimant argued however that the diminution in value of the vehicle, as set out in the engineering evidence, was sufficient to enable the Claimant to recover in any event.

8. Mr. Levitt (who initially appeared remotely from his car and without having any copy of the trial bundle before him), stated that he only had the notes which had been compiled on his physical inspection of the vehicle. Those notes had not previously been disclosed, and he was ordered to provide disclosure of the notes together with the photographs which Mr. Levitt stated had been taken during his inspection. After lunch, Mr Levitt had provided the handwritten notes o his inspection and had returned home where he had access to the full trial bundle. Somewhat surprisingly, Mr. Levitt under cross-examination gave evidence that:-

i) His vehicle inspection had taken place with the vehicle stored on a public highway, however he had been unable to gain access into the vehicle because its battery had become flat;

ii) Mr. Levitt stated that the formal typed-written engineer’s report in the bundle, had never been seen by himself prior to the hearing. He agreed that the electronic signature endorsed on the typewritten report was his signature, but had placed there by the office without him seeing or approving the contents of the typed document (he asserted that the document was, in his view, Evans Harding’s report, not his report); and

iii) Mr. Levitt stated that he compiled approximately 10 reports a day, through Evans Harding, and the practice which had been adopted in relation to the compilation of the typed report in this case was the common practice; and

iv) Mr. Levitt accepted there were variances between his handwritten notes and the figures contained in the eventual written report – which on one combination would have resulted in the vehicle no longer being an economic write-off;

vi) It was accepted that the vehicle’s roadworthiness would only be affected by one or more of the following items of alleged damage - the exhaust muffler; steering and tracking; and the vehicle boot. However :-

(a) Mr. Levitt accepted that his evidence that the muffler exhaust had potentially been damaged resulting in potentially loud noise was supposition because the vehicle had not been started/driven by himself;

(b) His evidence that the tracking/steering could be damaged was supposition because he had not driven the vehicle;

(c) He had been unable to ascertain whether the boot could properly open/close because the electronically operated boot he was unable to test its operation due to the flat battery;
(d) Accordingly Mr Levitt did not say that his inspection demonstrated that the vehicle was unroadworthy.

9. The trial judge commended Mr. Levitt for his candour in relation to the creation of the written report and the thoroughness of his examination. In particular, however, the credibility to be placed on Mr. Levitt’s evidence was substantially undermined, and the Court held that:-

i) The written report document purportedly bearing Mr. Levitt’s electronic signature, was not expert evidence, did not comply with CTR 35 and practice direction 35, and accordingly was not admissible;

ii) The nature and character of the evidence that was given by Mr. Levitt was insufficient to persuade the Court that it could be satisfied that the vehicle was in fact damaged in the accident at all; and

iii) Having found that it could not be satisfied that the vehicle was damaged at all, then it meant that the Claimant had not demonstrated any diminution in value by the accident or any need for the credit hire vehicle to be utilised. The consequential claim for recovery and storage were accordingly also irrecoverable. Accordingly, the Claimant’s claim was dismissed.

10. In most non-personal injury road traffic claims, the proving of vehicle damage is an essential pre-requisite to the Claimant succeeding. Claims often arrive at trial with only one party’s engineering inspection evidence before the Court.

11. In order to properly prove its case, the Claimant must properly evidence both damage, and the resultant diminution in value (normally referred to by the repair costs, or write-off value of the vehicle).

12. A number of issues are illustrated in this case :-

i) An expert gives evidence in a personal capacity (irrespective of his employer, or the party on whose behalf he is instructed); and

ii) An expert has an overriding duty to the Court pursuant to CPR 35.3, that duty overriding any obligation to the person from whom they have received their instructions or by whom they are being paid; and

iii) Whilst the Court has a power to restrict expert evidence to that which is reasonably required to resolve the proceedings pursuant to CPR 35.1 it may be necessary to call an expert to test the strength of their evidence;

iv) In this case, the direction that the expert be called to give evidence was key in the ultimate decision to dismiss the claim. If Defendants dispute the basis of the report, or that an expert has properly discharged their duties, they should consider requiring that expert to attend for cross examination;

vii) An expert can be (and in this case was required to) disclose his instructions upon which he was originally instructed pursuant to CPR 35.10(4). It was noteworthy in this case that the instructions indicated that the vehicle was unroadworthy, having the relevant box ticked. However roadworthiness of a vehicle cannot be a matter of instruction to an expert but must be their opinion based upon their inspection and consideration of the vehicle. It may be useful for the Defendant to request the instructions for a singularly appointed expert (particularly if that inspection has occurred before the Defendants have been able to examine or inspect the vehicle prior to repairs being carried out);

viii) An engineering expert is required to comply with the obligations set out at CPR 35PD.3 which include:-

a) Details of the expert’s qualifications;
b) Details of any literature or other material which has been relied upon in the making of his report;
c) Setting out a statement containing the substance of all facts and instruction which are material to the opinions expressed in the report or upon which those opinions are based;
d) Make clear which of the facts stated in the report are within the expert’s own knowledge;
e) Say who carried out any examination, measurements, test or experiment which the expert has used for the report, give the qualifications of that person and say whether or not the test or experiment has been carried out under the expert’s supervision;

ix) Where there is a range of report on the matters dealt with in the report:

a) Summarise the range of opinions; and
b) Give reasons for the expert’s own opinion.

13. Engineering evidence is distinguished by the (in this writer’s experience) almost universal lack of any clear explanation as to what conclusions have been directly drawn from examination, and which have been the basis of instructions. More importantly, there is often a failure to disclose the range of potential valuation or repair costs applicable to an individual case (which itself can often make the difference between the vehicle being a write-off, or being repairable). Further, where credit hire is being claimed, whether the vehicle is roadworthy or not is a key issue in establishing the duration of any reasonable hire period.

14. If engineering evidence fails to meet the requirements of CPR 35, then Defendants should consider objecting to the admission of such evidence at directions stage, alternatively serving part 35 questions early in proceedings before directions, and if required requesting permission to call the expert for cross examination at trial.

15. In this case, the Court was persuaded that it was appropriate to join Evans Harding CG Limited and Mr. Levitt personally into the proceedings post-judgment, so that it could determine whether it could be appropriate to make a non-party costs order against either or both.

IN THE MATTER OF:-